Five Foods to Try when You Travel 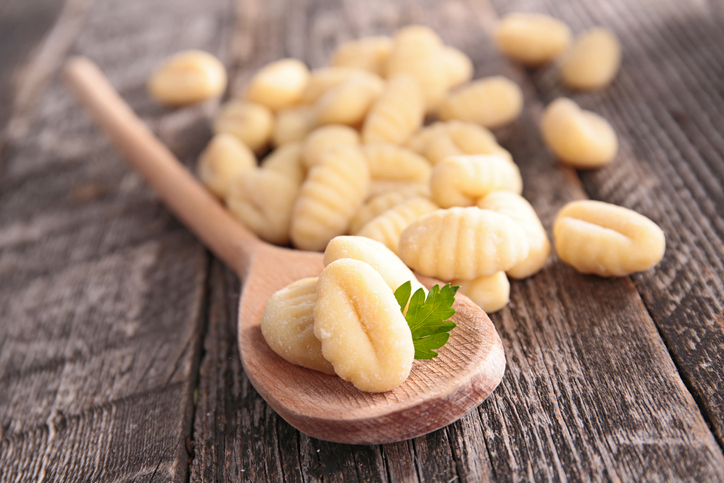 Whether you’re a hardcore foodie or a casual gourmand, travel is a great way to expand your culinary horizons. Food tourism, also called culinary tourism or gastro tourism, is on the rise. Along with Anthony Bourdain, 22 million Americans plan on taking a culinary trip in the next year and 75 percent consider food a major motivating factor when planning their travels.

You’ve already heard about the classic mouthwatering foods, like warm French croissants and fresh Japanese sushi. However, you may not have considered these five must-try travel foods that are surprising, rare or otherwise exceptional.

Gnocchi in Argentina and Uruguay

Sure, you can get gnocchi at any grocery store in the States, but do you dedicate a whole day to it each month? Argentina and Uruguay do. Both countries experienced an influx of Italian immigrants in the late 1800s and early 1900s, and with them came gnocchi, a cheap but delicious potato and flour dish. Soon, the tradition called Dia de Ñoquis was born.

On the 29th of each month, families and restaurants prepare gnocchi and sometimes leave little coins or banknotes under the plate for luck. Some say the tradition occurs on the 29th because families used to run out of food and money at the end of the month just before payday. Others say it honors the canonization of Saint Pantaleon.

A humorous cultural tidbit? “Ñoqui” can also refer to a government worker who skates by without doing much work, showing up conveniently for some undeserved moolah on payday.

If there’s one thing Italy is known for, it’s the gourmet delicacies that make it one of the world’s ultimate foodie destinations. Before any trip to the land of fine wine and pasta, you’ll be told to sample everything from the soft cheese and savory meats of aperitivo to the fresh tomatoes and cheese of a traditional Neapolitan pizza to the smooth, creamy sweetness of gelato. Perhaps more exciting than all that, though, is the chance to taste truffles, which are considered a delicacy around the world.

White truffles are exclusively found in Italy, especially the Piedmont region, and they are becoming increasingly rare with every passing year. The dwindling supply is driven by professional truffle hunters and their dogs who sniff the earthy fungus out. They are used in a variety of dishes, like eggs, pasta and risotto. If you’re looking for an immersive eating experience, you can attend one of the many truffle festivals or go on a guided truffle hunt.

The bright yellow, butter-like insides of this spiky green fruit taste delectable, but “the king of fruits” is often outlawed on public transportation or in restaurants. Why? To be polite, it’s really, really stinky. Most descriptions are scatological in nature or reference a rotting, rancid smell.

You can get durians many places in Asia, including Thailand, Malaysia and Indonesia. Before gobbling down a big bite of durian, though, you might want to lay off the spirits first. Locals believe alcohol and durians are a harmful combination, although there isn’t much scientific evidence to back that belief.

When you’re ready to take your first bite of this funky fruit, don’t let the smell deter you and be prepared for a peculiar but often delightful taste. Many describe the durian’s taste as a unique mix of savory and sweet, making them perfect for raw eating or use in sweets and candies.

If you’re a native of the Southwestern US, you won’t be surprised to hear that chapulines, or grasshoppers, are a staple in Oaxaca, Mexico. They’re plucked from farms and alfalfa fields, boiled or roasted and flavored with a combination of garlic, lime, salt or chili. Then they’re piled up or bagged so you can munch on them like potato chips or sprinkled over tacos to give them a little extra crunch. Chapulines can even be ground up into a salt-like seasoning for cocktails.

Try chapulines in summer or early autumn; otherwise, you risk chewiness. If you don’t have the time for a trip to Mexico, you can always get them at a Mariners home game.2 No matter where you end up trying these little critters, you’ll likely be surprised at just how tasty they can be.

Maybe snakes give you the heebie-jeebies just like Indiana Jones. If so, you may want to steer clear of the bottles of snake wine lining the walls of Snake Alley in Taiwan. Sometimes the whole snake is stuffed into the alcohol alive, and other times, the winemakers gut it first. This makes for a spooky presentation with the snake suspended in the rice wine looking coiled or ready to attack. Just be careful as you pop open the cork – there has been at least one instance of a snake lunging out alive!3

A more graphic version of the drink involves cutting the snake and draining its bodily fluids directly into a shot glass. While this may sound unnecessarily macabre, snake wine isn’t just a tourist fad. Snakes have been renowned for restoring health and increasing libido since 771 BC in ancient China. That’s why snake wine is often made with extra venomous snakes and medicinal herbs.

When you’re looking forward to delicious foreign delicacies or consuming your latest gourmet meal, travel troubles should be the last thing on your mind. If you’re flying out of Phoenix Sky Harbor Airport, consider FreedomPark’s Sky Valet service. Our valets take the stress out of travel by picking your car up at the start of your vacation and dropping it off to you right at the terminal when you come home. Sign up ahead of time or show up the day of your flight – we’ll handle everything. You can even sign up for vehicle services so we can clean and detail your car, fill your tank or change your oil while you’re away. Call us at 844-727-5749 to schedule your valet today!